Brighton, Melbourne rocked by knifeman who allegedly broke into homes before police taser

A car-jacker on an alleged crime spree has threatened Melbourne residents with a knife before breaking into a woman’s home and sparking a two-hour standoff, police allege.

The 44-year-old man allegedly rammed vehicles with a stolen car in the city’s south-east before arriving in the wealthy suburb of Brighton about 1pm on Monday where he threatened locals with the weapon and holed up in the house on Cluden St.

The police launched a large scale operation, which included the critical incident response team, and the man was eventually arrested about 3pm after being tasered and taken to hospital where he remains under police guard.

The woman who owns the house on Cluden St, understood to be in her 60s, was not at home when the alleged break-in occurred on Monday afternoon and is not known to the man, police said. 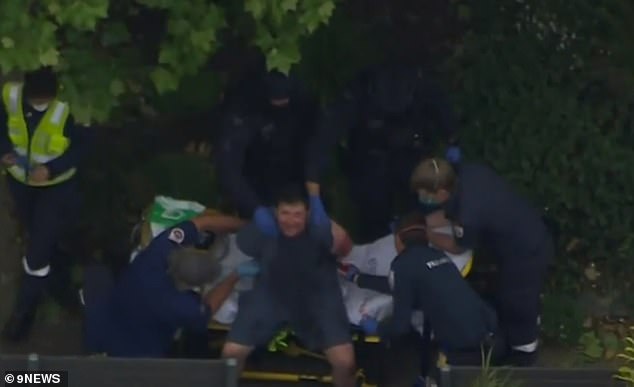 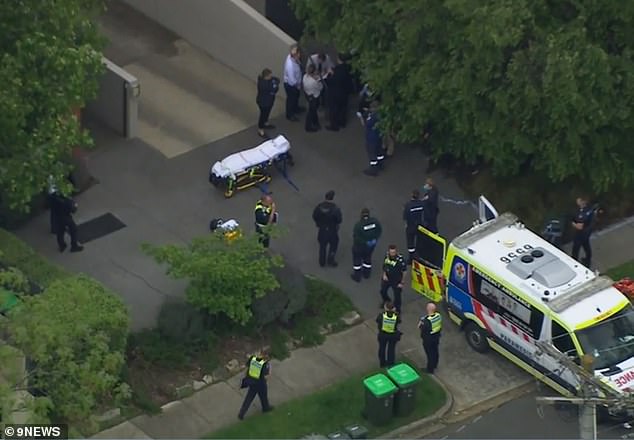 The suburb is one of Melbourne’s wealthiest and is home to a number of high profile residents including Bec Judd with her husband Chris and My Kitchen Rules star Zana Pali, who both have complained of rising crime rates.

Ms Pali, who was out trick-or-treating with her young family on Monday, shared a video of a police helicopter circling the suburb.

Earlier this year, Ms Judd claimed violent crimes were ‘escalating’ in the exclusive suburb leading to residents feeling unsafe and that the ‘state government doesn’t seem to care’.

‘The increasing nature of home invasion-type crimes in our local community is what makes residents, particularly women, feel unsafe,’ she told The Australian.

Premier Dan Andrews said there were 500 additional police in Victoria’s ranks, 70 in the Bayside area, and he didn’t want to get into an argument with Ms Judd. 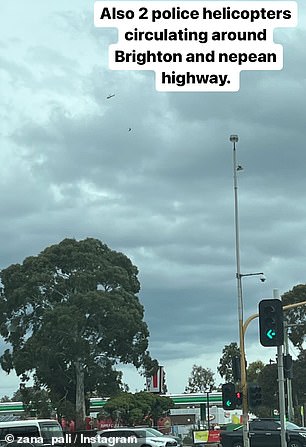 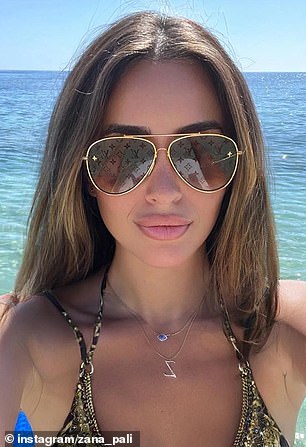 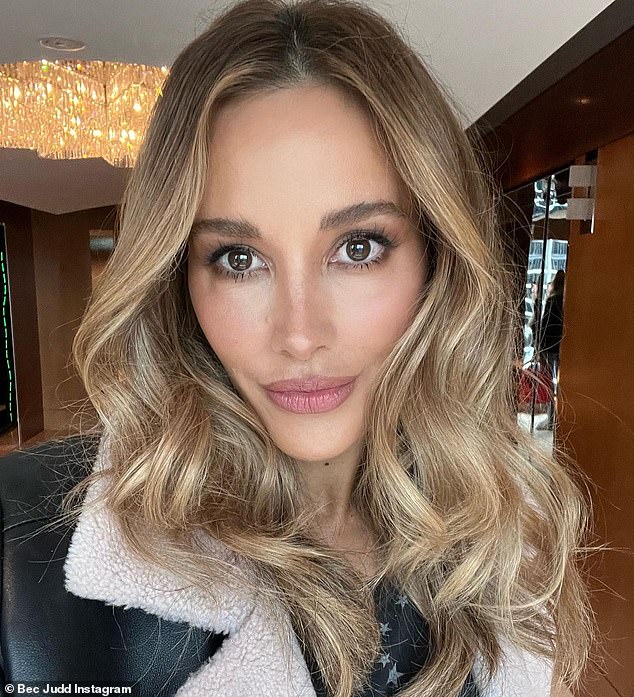 Victoria Police issued a statement saying the 44-year-old was first spotted in an allegedly stolen Audi sedan in St Kilda about 11.40am which allegedly rammed two police cars when they tried to intercept it.

‘Investigators have been told the man, who was armed with an edged weapon, then drove to Elwood where he allegedly dumped the Audi and car-jacked a Volvo wagon,’ the statement said.

‘With assistance from the Air Wing, police followed the vehicle, which was allegedly driving erratically through the St Kilda, Elwood and Brighton areas.’

The man then allegedly entered a Davies St property and threatened a resident – ​​but was chased out with a rake – before entering the Cluden St house. 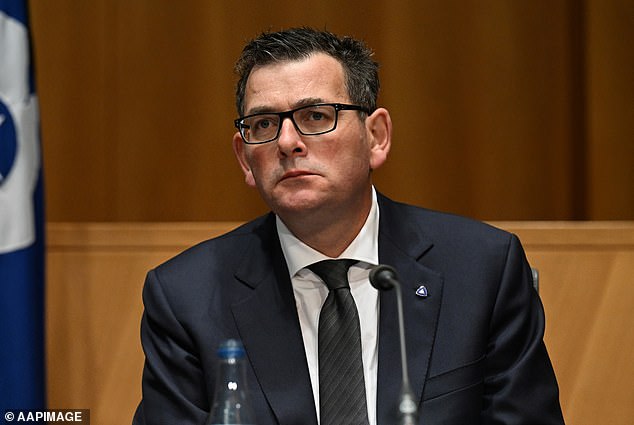 ‘An investigator told me he (the man) locked himself in the bathroom of one of the lady’s houses,’ a resident who lives opposite the house told The Herald Sun.

‘What I do know is that he had to be tasered. It was scary, because I’ve got my son and his friend in the house.’

The 44-year-old is assisting inquiries under police guard.

A car-jacker on an alleged crime spree has threatened Melbourne residents with a knife before breaking into a woman’s home and sparking a two-hour standoff, police allege. The 44-year-old man allegedly rammed vehicles with a stolen car in the city’s south-east before arriving in the wealthy suburb of Brighton about 1pm on Monday where he…