The boss of 20 miners who won the $53million first division prize in Australia’s biggest ever jackpot has warned his staff he’ll chase them down if they don’t return.

A lotto syndicate from the West Australian mining town of Kalgoorlie claimed the massive prize last Thursday – the second time a local syndicate has won a mega-prize in the past year.

Their boss, Chris Wood, said he didn’t believe the miners when they told him about their win and said it was ‘impossible’. 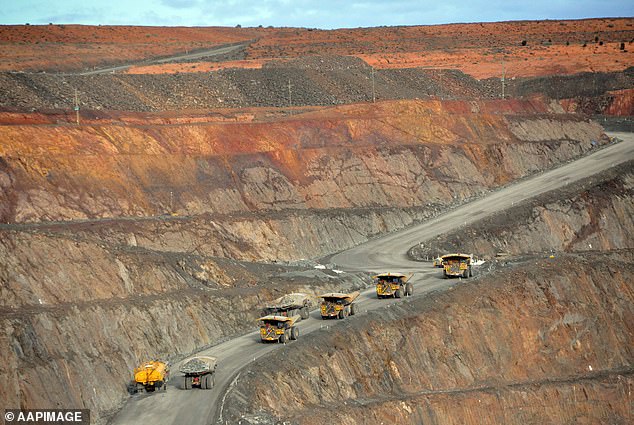 A group of 20 night-shift goldminers from the Kalgoorlie-Boulder mines (above) won $2.6million each in last Thursday’s Powerball

‘They called me up to tell me they won the lotto and I didn’t believe them,’ he told the ABC.

Mr Wood said the group are ‘great workers’ and make up his best shift.

I’m ecstatic. I am very happy for each of them. I expect I might lose them though,’ he said.

‘I told them I will run after them and steal their ticket if they don’t come back.’

At least one of Mr. Wood’s miners is looking to stay at work despite her massive win.

The ecstatic miner filmed her reaction to the win but was sure she would continue with her normal life.

You know how they say, one Powerball and I’m out of here? Well, it’s not true. I’ve known since the start of my shift and I’m still loading trucks,’ she said. 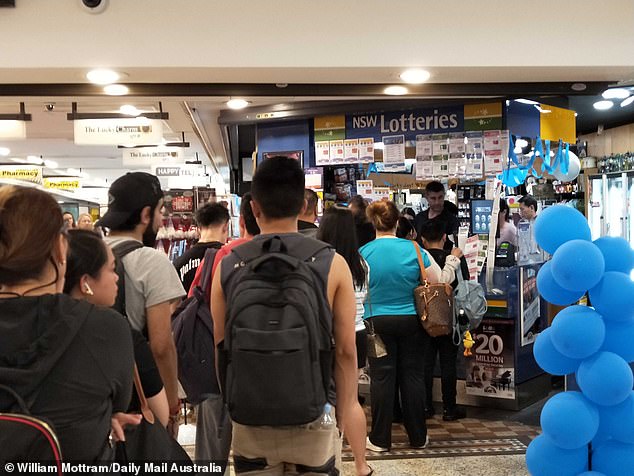 Last Thursday Powerball was worth a record-breaking $160million with two lucky people and a lotto syndicate taking division one wins (pictured, queues in Sydney to buy a ticket) 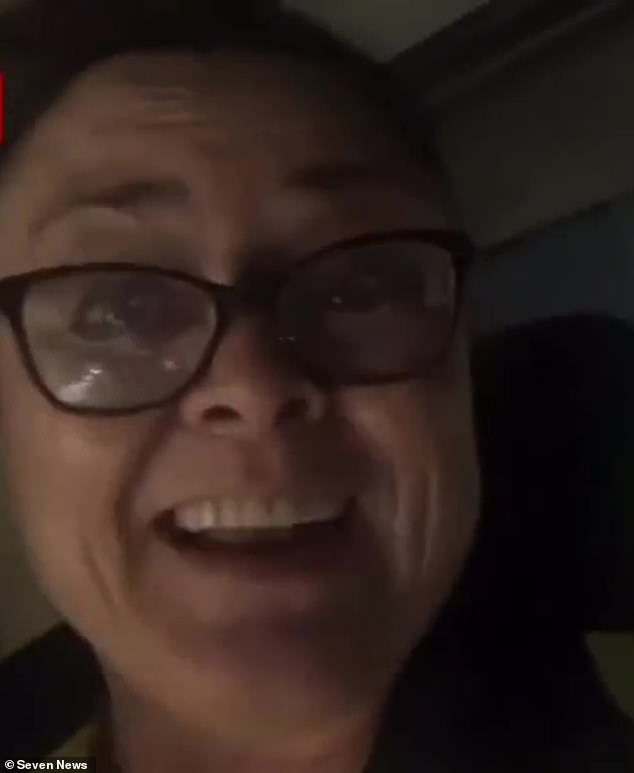 One of Mr Wood’s miners said she’ll stay ‘loading trucks’ despite her $2.6million Powerball win on Thursday (pictured, one of the winning miners)

‘So yeah, there’s 18 at my work who are now millionaires.’

Each member in the winning group put $100 towards last week’s Powerball which saw a record $160million up for grabs. 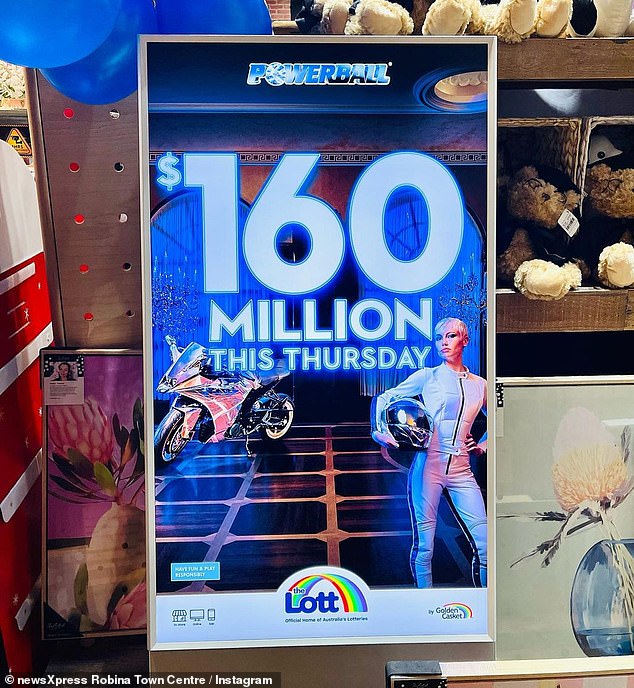 A blue-collar worker from Melbourne and a dad from western Sydney also took home first division prizes worth $53 million from the draw.

The grateful dad confirmed his win with The Lott officials on Friday morning.

‘I told my family, ‘I think I might have won division one’ but no one believed me,’ he said.

‘Tell you what, they believe me now! My family’s life just changed in a second.

‘To think I almost missed out on getting an entry, I had to rush out and grab one yesterday before the draw closed!

This means so much to me. I’ll finally be able to buy a home for my family, my kids can have whatever they want for Christmas, and we’re secure and set up for life.

The boss of 20 miners who won the $53million first division prize in Australia’s biggest ever jackpot has warned his staff he’ll chase them down if they don’t return. A lotto syndicate from the West Australian mining town of Kalgoorlie claimed the massive prize last Thursday – the second time a local syndicate has won…

Previous Post
Hailey and Justin Bieber step out for a relaxing brunch date after an exclusive Halloween party
October 31, 2022
Next Post
Robert Irwin shares an adorable Halloween throwback photo from his childhood
October 31, 2022