Heidi Klumi is gearing up for the return of her world-famous Halloween party after a two-year hiatus due to the COVID-19 pandemic.

And in a tease for the much-anticipated spook fest the 49-year-old supermodel and America’s Got Talent judge is sure to grab attention by leaving little to the imagination.

While Klum continued to keep the theme of her costume under wraps, she did give her 10 million fans and followers a look at phase one of her preps: a fresh spray tan on her nearly naked body. 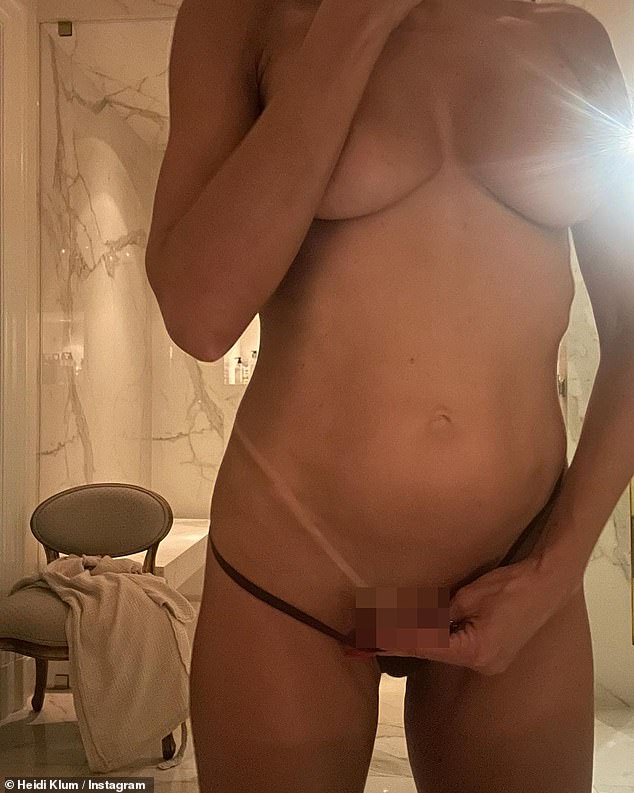 Let the scary games begin: Heidi Klum, 49, stripped down naked for the first step of her Halloween costume preps: a spray tan

Halloween Prep 1st step!! Tanning with @jimmyjimmycoco,’ she wrote in the caption of the racy photo showing her stripped down, wearing just a microscopic thong and her hand over her crotch.

In the photo, the so-called Queen Of Halloween can be seen standing in the spray booth and the string of the thong pulled down to showcase how deep the sunless tan looked.

She was also topless in the racy photo, with just a carefully placed arm and a well-timed lens flare helping to protect her modesty. 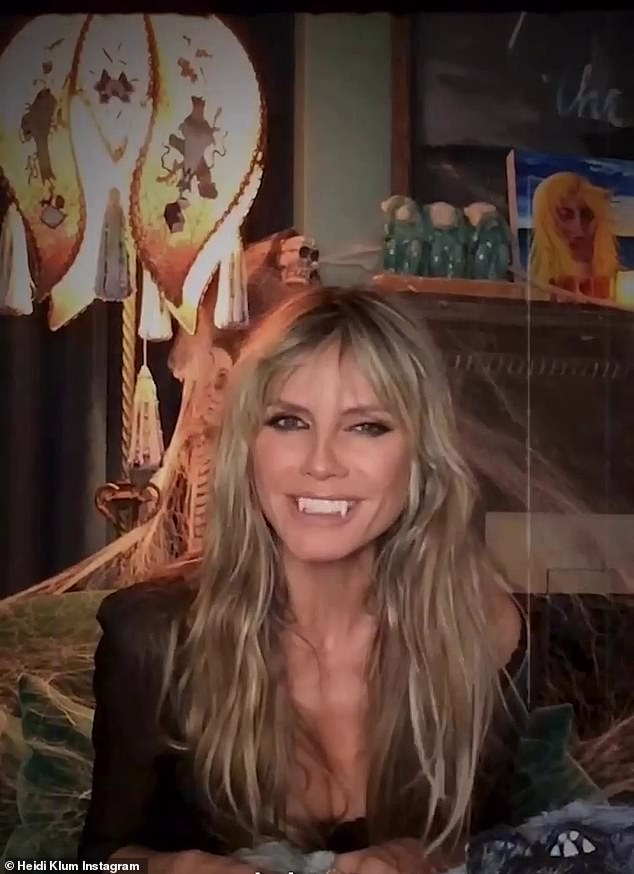 Promo mode: The America’s Got Talent judge has been teasing her annual Halloween party on social media this month with an assortment of videos, including an overview of the costumes she has worn since its inception in 2000 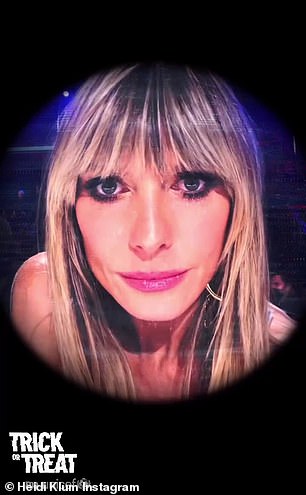 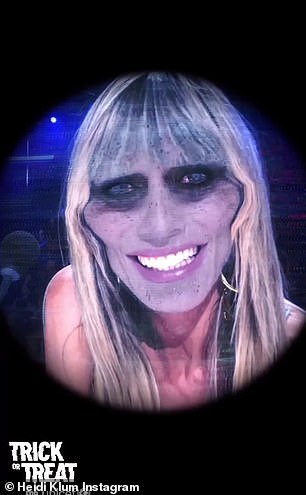 Giving back: Klum also teamed up with Unicef ​​for another Halloween-themed video

Initially, Klum kept it relatively simple for the first costumes she wore for her inaugural Halloween party back in 2000.

But over the years the complexity of the costumes has soared, with the help of people who are professionals in their fields of prosthetics and makeup.

She has donned extravagant ensembles where she was transformed into an old woman, an alien, Jessica Rabbit, the wolf from the Michael Jackson Thriller music video, as well as going as Fiona alongside her husband Tom Kaulitz as Shrek. 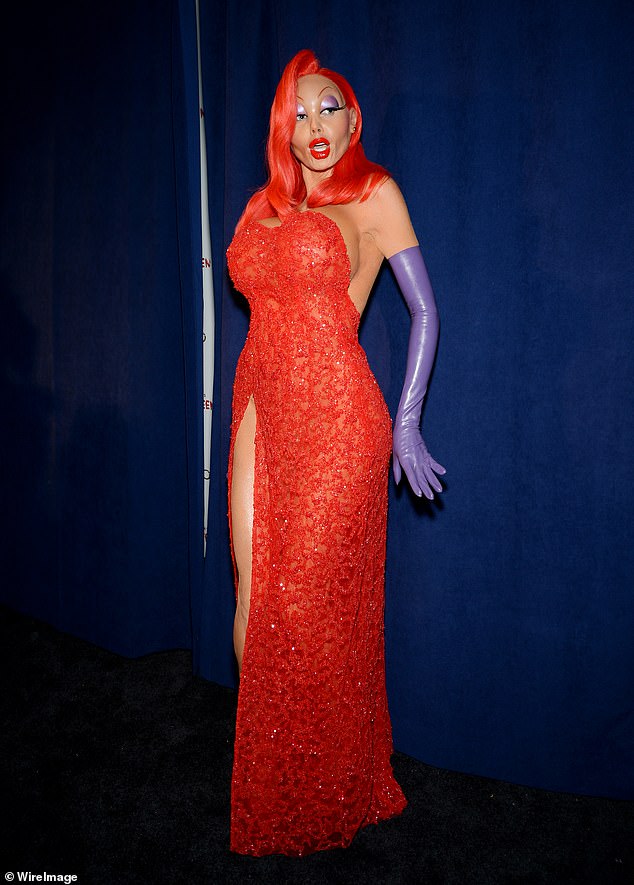 Who’s that girl? The native of Germany was unrecognizable as Jessica Rabbit in 2015

Amazing transformations: The America’s Got Talent star has stepped up the complexity of her costumes since the party tradition began back in 2000

Like years past, she’s still incorporating a mums the word policy for the 2022 party in New York City on Halloween night

‘I only have one look, and I’m going to be very claustrophobic in it,’ she said of her costume to E News last month “And I think – I don’t think, I KNOW, that it will be the best one I’ve ever done.”

Teasing fans some more, she did go on to share that this year’s outfit will take some 14 hours to pull off. 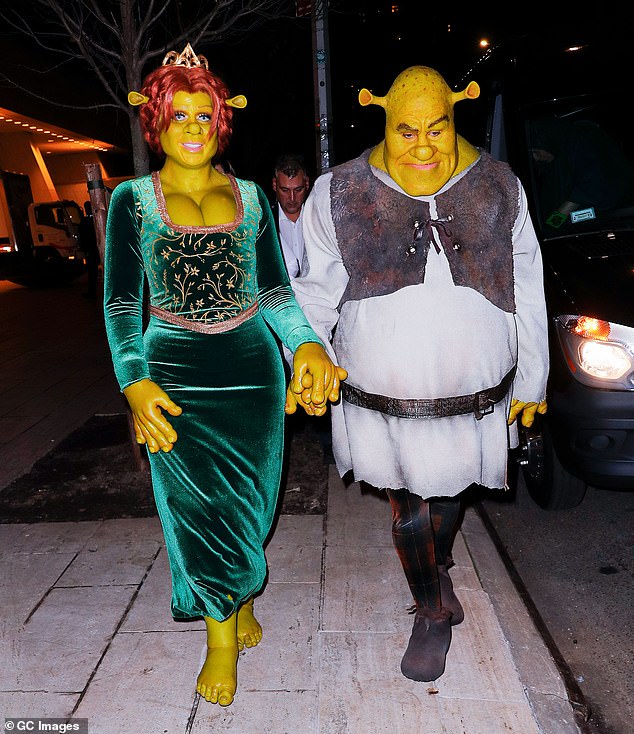 Halloween party returns after two year hiatus: Klum and husband Tom Kaulitz dressed up as Fiona and Shrek for her Halloween bash in 2018 in New York City that included arriving in a horse-drawn carriage

Heidi Klumi is gearing up for the return of her world-famous Halloween party after a two-year hiatus due to the COVID-19 pandemic. And in a tease for the much-anticipated spook fest the 49-year-old supermodel and America’s Got Talent judge is sure to grab attention by leaving little to the imagination. While Klum continued to keep…