Wheelie bins could be a thing of the past as councils across the UK consider whether to roll out European-style ‘super-bins’ after a successful launch in Liverpool.

Already a common feature in European cities such as Amsterdam, the super-bins can hold up to 5,000 liters of waste – equating to a week’s worth of rubbish from 20 houses – in huge containers below the street.

Made from steel or reinforced plastic to reduce odors, the subterranean super-bins are filled by a pedal system at street-level and unloaded into a lorry by a crane-drop mechanism when full. 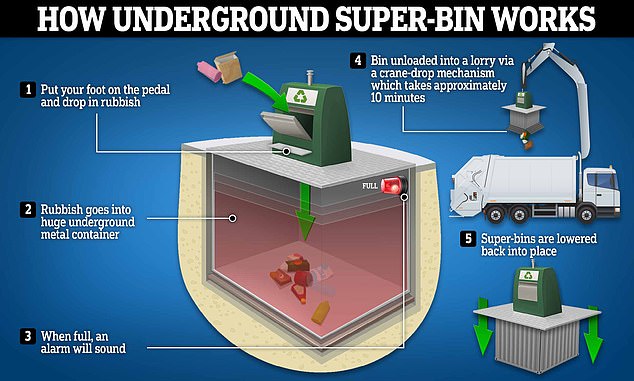 How it works: The underground super-bin works using a foot pedal to drop the bin into the metal container, which when full will be unloaded into a lorry via a crane-drop mechanism

An underground bin system was previously installed in Cambridge city centre, but this is the first in Britain to be installed in a built-up residential area.

The super-bins are now set to be installed at 12 sites in the first phase of a two-year £1.5million rollout across Liverpool.

The city’s council said the scheme will ‘create a cleaner waste solution for 27,000 terraced households, in hundreds of inner-city streets, which do not have the space to use a wheelie bin’. 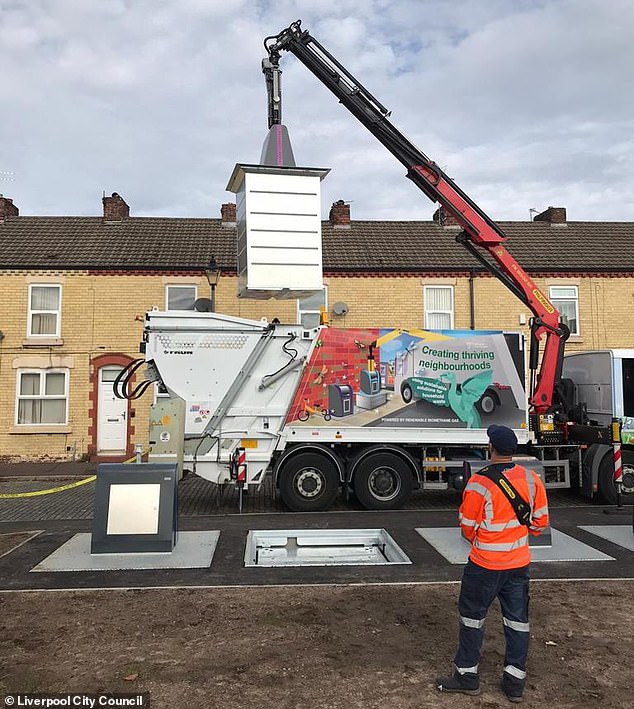 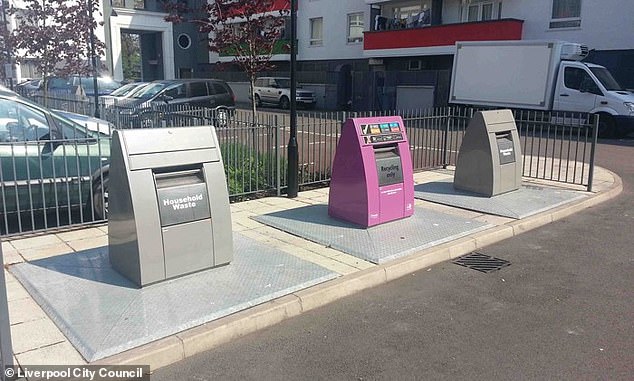 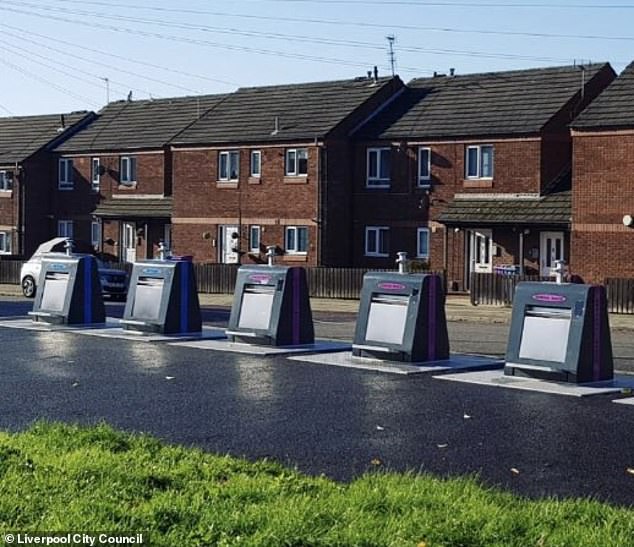 From street-level this is what the super-bin appears like in the Liverpool City Council area. They are opened using a handle or foot pedal (pictured)

According to the i, up to 90 other local authorities are now considering adopting the idea.

A council source told the publication: ‘We’ve had queries from all over the country’.

‘The great thing is, the framework is already there; we’ve done all the heavy lifting so for others it will be a lot easier.’

A Liverpool City Council spokesman told MailOnline that the underground bins will be a key part of a national conference on refuse and recycling being held in near Grantham later this week, which is attended by ‘almost every council’. 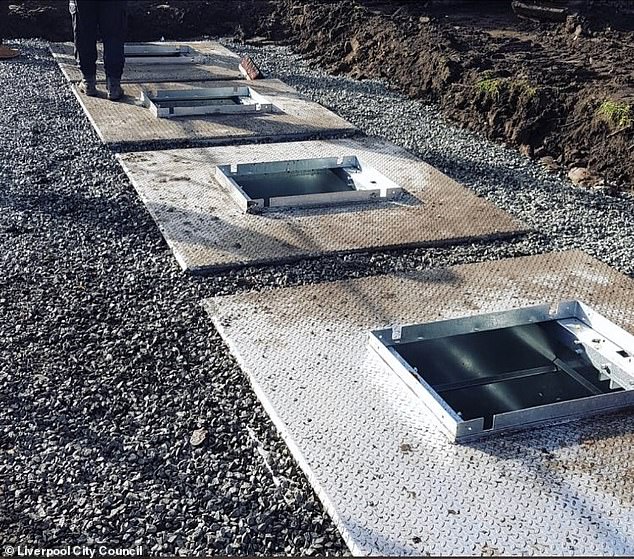 The bins installed by Liverpool City Council can hold up to 5,000 liters of household waste underground

Joanne Anderson, mayor of Liverpool, said: ‘I want Liverpool to be a zero-waste city and to achieve that we need to be smarter in how we enable people to dispose of what they generate in their homes.

‘These subterranean super-bins are going to make a huge difference to the quality of life for thousands of families across huge swathes of our inner-city neighbourhoods.’

Cllr Liam Robinson added: ‘These bins will have an immediate and dramatic impact on the cleanliness of our streets and as an added bonus it will save the council a huge amount of time and money for many years to come.’

Wheelie bins could be a thing of the past as councils across the UK consider whether to roll out European-style ‘super-bins’ after a successful launch in Liverpool. Already a common feature in European cities such as Amsterdam, the super-bins can hold up to 5,000 liters of waste – equating to a week’s worth of rubbish…

Previous Post
Model Mia Fevola shows off her figure in a VERY budget friendly new outfit
October 17, 2022
Next Post
Mikaben dies at 41: Beloved Haitian singer passes away during a performance in Paris
October 17, 2022