Dwyane Wade and Gabrielle Union were showing some PDA while out in New York on Thursday evening.

Gabrielle looked stunning in a black pantsuit with a matching handbag and white pointed heels. 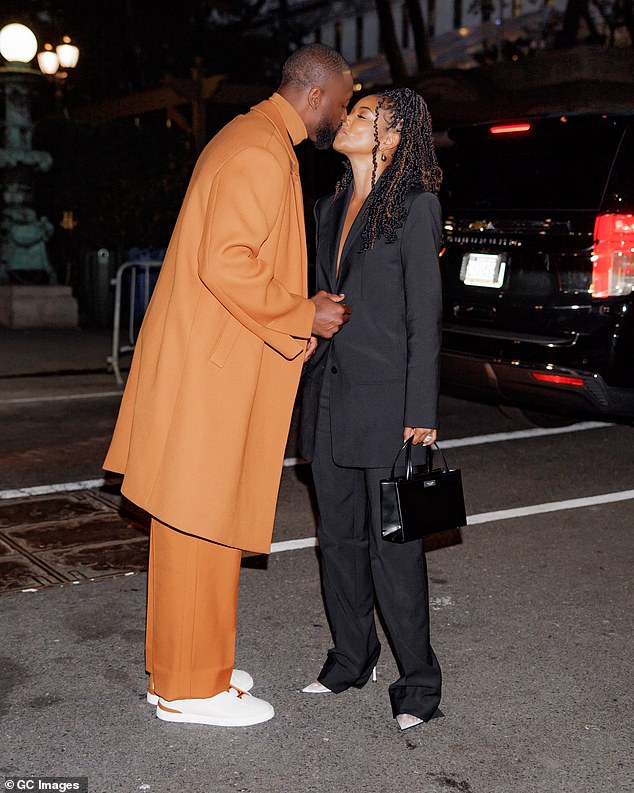 Showing some love: Dwyane Wade and Gabrielle Union were showing some PDA while out in New York City on Thursday evening

The Bring It On actress wore a black blazer with matching bottoms, paired with heels and a black purse.

Dwyane kept it simple in an orange suit paired with a black shirt and white sneakers.

The couple flashed their bright smiles as they stepped out in the Big Apple. 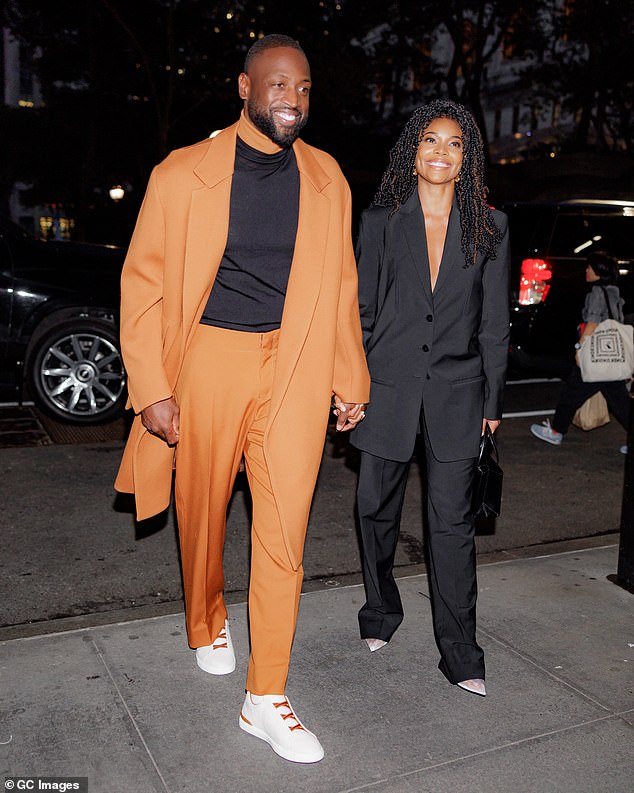 Union recently opened up about her difficulties on her latest project, A24’s, where she plays the mother of a gay man facing homophobia in the Marines boot camp – with her character also being homophobic.

‘I normally look for characters that have some chunk of me in them, and I didn’t see that in Inez,’ she said to EW at the Toronto International Film Festival.

Being a parent of a transgender daughter with Wade, she said: ‘I always look at homophobes as trash. And I’m like, ‘Google is free and it’s not my job – I’m not doing free work for you to figure out how to love your kid.’

Adding, ‘I’m never going to reject my child. None of my children are disposable. But I get the deep desire to be seen as worthy. And anything that threatens that can go. And for some people, that includes their children. 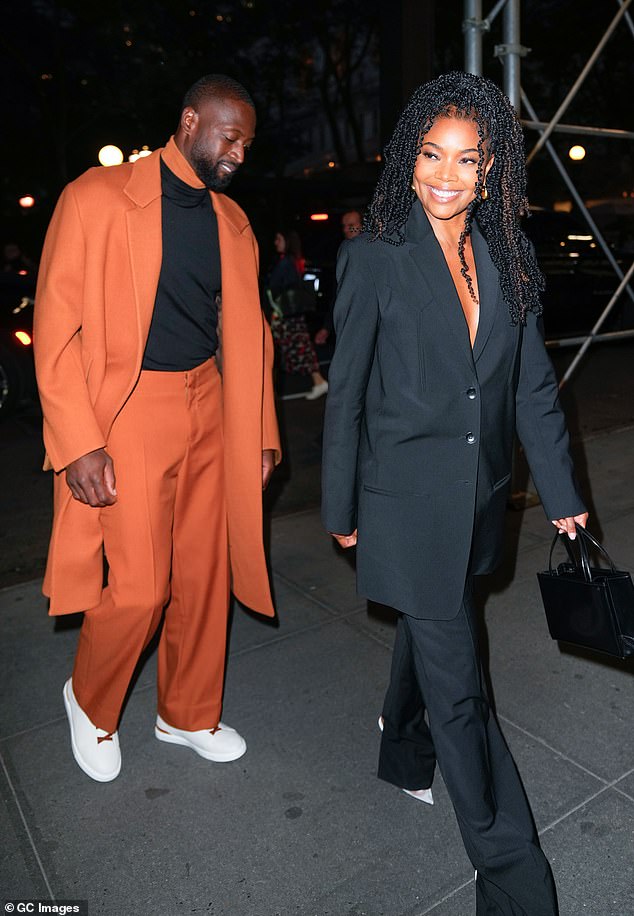 Still understanding: Union recently opened up about her difficulties on her latest project, A24’s ‘I normally look for characters that have some chunk of me in them, and I did not see that in Inez,’ Union said of her role in the indie film