Patsy Palmer is the first celebrity to be announced for the next series of Dancing On Ice.

Appearing on This Morning from her home in Los Angeles on Monday, the EastEnders icon, 50, said: ‘I can’t believe I’m the first one.

‘This was the one I really had to think about, I wanted to challenge myself, get out of my comfort zone. 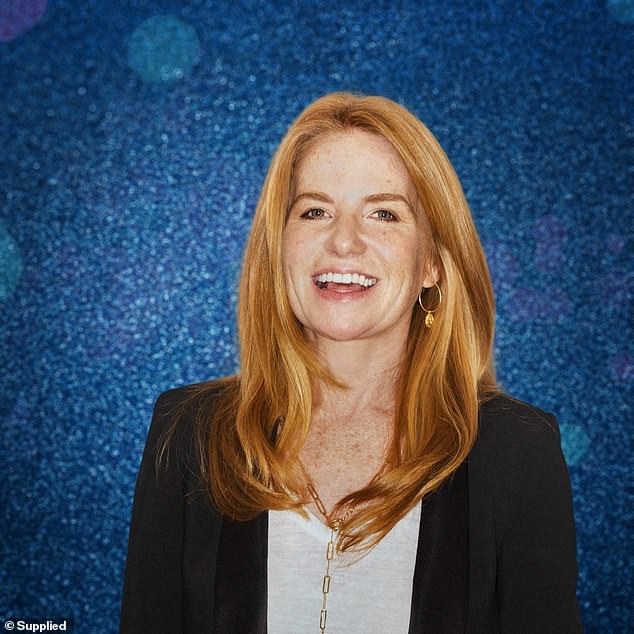 Wow! EastEnders star Patsy Palmer becomes the first celebrity to be confirmed for Dancing On Ice

I’ve turned it down before because I was terrified, but when I turned 50 I made a pact to get out of my confrontation zone. This is for all the 50 year olds. I’m actually quite scared now.’

‘Even my daughter doesn’t know, she’s been traveling.’

Patsy said she will return to the UK for the show but will do much of her training in Malibu.

She said: ‘I am coming back, but I’ll be training in Los Angeles, which is fantastic.

I’m not competitive but this time I’m gonna say let’s try and win it. I’m gonna focus on the training and use meditation, and this will really put it to the test for me.’

Talking about her experience, she said: ‘The experience ice skating I’ve had is that I would go with my friends as kids, as one of the first things we were allowed to do without our parents. We used to skate around fast and crash into the walls.

‘It would be really nice to skate to songs I love, but a lot are very upbeat and I don’t want to create a challenge for myself.’

Patsy lives in Malibu with husband Richard Merkel and their three children, Fenton, 22, Emilia, 20, and Bertie, 10, after relocating to the United States in 2014.

She is also a parent to actor Charley Palmer Rothwell, 30 – her UK based son with former partner Alfie Rothwell.

The former actress, who now earns a living as a DJ, was recently slammed by her fans hit by the cost of living crisis after she asked them to pay £17.99 a month on Instagram for ‘exclusive’ content.

In April she took to her page to promote A Good Life, a page where she would be posting her life in Malibu, how she balances her time, deals with stress and more.

Pasty – an EastEnders icon thanks to her former role as Bianca Jackson – left her fans outraged, with one pointing out: ‘People are struggling to pay bills at the moment’.

The soap star shared the post – which has since been removed – with her 372,000 Instagram followers, along with a lengthy caption. A part of it read: ‘Would you subscribe to A GOOD LIFE. Being a woman is about owning my power within.’

Hitting back at the negative comments, Patsy said: ‘Without resources we cannot create better. Creators work extremely hard to deliver what there followers want from them.

‘Mostly creators operate from a different head space than other people which makes it very hard for them to monetize because they want to share expression with others. There are limits on the energy people have that create, so having an exchange of energy.

‘Be it exchanging talents and gifts that each have to offer or using money to enjoy the creators talents, inspirations, art, music, TV, coaching, teaching etc is a far better way to receive the best they have to offer at any given time .’

Patsy Palmer is the first celebrity to be announced for the next series of Dancing On Ice. Appearing on This Morning from her home in Los Angeles on Monday, the EastEnders icon, 50, said: ‘I can’t believe I’m the first one. ‘This was the one I really had to think about, I wanted to challenge…

Previous Post
Who Is George Puskas Father? Parents, and Is He’s Related To Ferenc Puskas?
October 3, 2022
Next Post
Latrell Mitchell’s quest for glory in the Koori Knockout falls short after a narrow loss in the final
October 3, 2022